THE PUNK EXPERIENCE BY DIOR 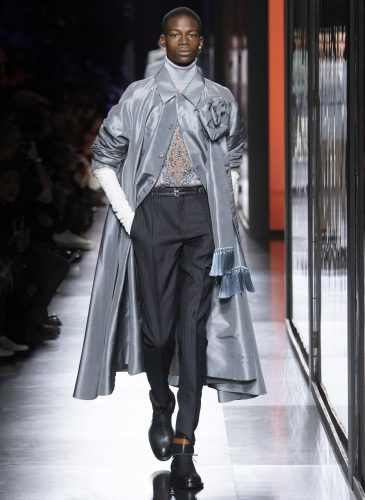 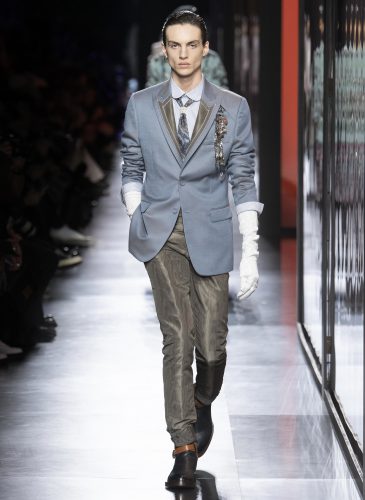 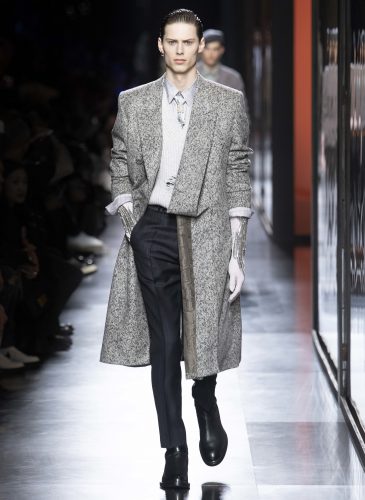 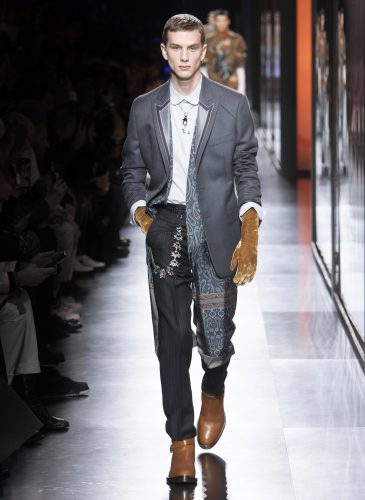 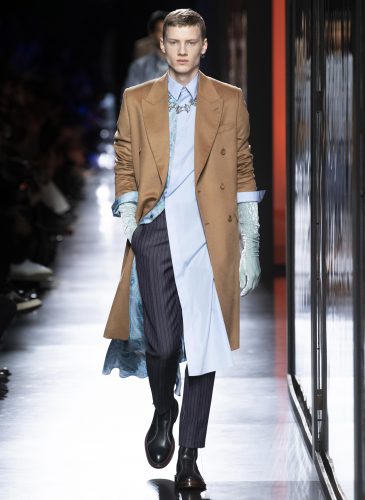 Model wears an outfit , as part of the men s wear fall winter 2020 2021, men fashion week, Paris, France, from the house of Dior 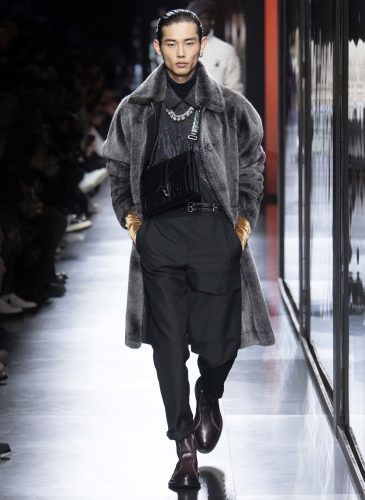 Travelling to London to “become a punk”, Judy Blame became one of the twentieth century’s most influential designers and artistic figures in the world. Transcending the punk movements of the 1960’s and 1970’s, the icons created by Blame permeated in London’s mainstream culture and propagated throughout the world. This Winter 2020-2021, House of Dior’s creative director Kim Jones takes Judy Blame’s history and legacy and incorporates it in Dior’s haute couture to create a stunning collection in collaboration with the Trust Judy Blame Foundation.

The Dior logo pierced by an iconic safety pin, characteristic of Blame’s work, adorns most of the outfits. Dior’s history and punk inspiration have been revisited to create new proposals this season: the Newspaper print designed by the House’s previous Creative Director, John Galliano, is reimagined in the form of the Gazette print in both grey and pink, reminiscent of Blame’s favourite newspaper, the Financial Times. The Gazette is used throughout the collection in overcoats and shirts, and pairs with the rest of the muted tones used in each look. Elaborated arabesques and paisley motifs are heavily featured in coats, gloves and shirts, and a stellar piece designed by Judy Blame’s assistant, Karlie Shelley, a scarf made tribute to the late punk artist.  The Dior Oblique Logo, an icon since its conception in 1967, is revisited and embroidered in pearls and stamped in gloves, ties, bags and shirts. Patterns are the protagonists in almost all looks, masterfully balanced with muted and plain pieces, most also featuring the asymmetrical silhouettes Jones’ work has become synonymous with.

Without a doubt, the most interesting new development for this collection is the toile de Judy, an innovative take on Dior’s traditional toile de Jouy. The iconic fabric finish decorated Dior’s first boutique and has been an iconic element in most collections since. This time, Kim Jones explores this technique with images reminiscent of the designs by Blame.

Grey, white and navy blue are the stars in this collection, balancing out the busy patterns and prints, and work together with the flowy and draping cuts of most outfits. Moiré effects on silks and arabesque patterns alternate with the silent fabrics to evoke a sense of true haute couture. Kim Jones explores the intersecting midpoint between his design and Blame’s art: fashion is as much a finished product with utilitarian value as it is a creative process. Reminiscent of this concept are the outfits that at first glance may seem thrown together, with their drapes in mismatched fabrics and unruly silhouettes. Each piece is akin to this feeling, it shows how an artist or designer may approach the conception of the accessory or whole outfit.

While each of the 47 ensembles stands out on its own, there are a few, brilliant outliers. The outfits that incorporate the aforementioned toile de Judy in a teal and pale orange, paired with a piece of paisley-printed fabric, truly demonstrate what two creative concepts such as Jones’ and Blame’s can bear when correctly combined. The long overcoats fully in arabesque prints in all colours may be a bold choice and come as statement pieces in their respective combinations with more sober clothes. A key component in the collection came with the last look, which also demonstrates the savoir-faire that the House of Dior takes pride in the unique cashmere coat in black was embroidered by hand with sparkling sequins. Inspired by a dress by Marc Bohan for the 1968-1969 collection, this exceptional coat spent 900 hours under the hands of expert tailors in the Vermont ateliers, and incorporates three different types of reflecting sequins and silver thread.

The most outstanding pieces are those featuring the Gazette print, a fabric that creates the illusion of being made up of newspaper scraps featuring the name of the House all over. In white, grey and pink, these pieces are whimsical and bold, while conserving a classical feel. They are the perfect match for the accessories that accompany every look: opera gloves and classic shoes that convey a mid-twentieth century feel, classic elegance and style come forth. Other accessories showcase Dior’s heritage in master leatherwork, the prime example found in the Saddle bag, iconic of the House, this time reimagined as the Soft Saddle which takes directly from old fashioned briefcases and camera bags. Built in leather and embellished with the embroidered Dior Oblique motif, the Saddle comes back as a true art piece.

All other accessories and jewellery such as necklaces, keychains, rings and chains are fashioned after Judy Blame’s own designs. They all incorporate emblems such as a safety pin, padlocks and wrenches, which Judy Blame used frequently in his work. These try to remind of DIY techniques and aesthetics that Blame favoured, and, crafted in silver and steel, they now represent the importance of creativity and savoir-faire in any type of art.

The Winter 2020-2021 by Kim Jones is Dior’s response to the changing times. Rich in meaning and creativity, this is a dialogue between Dior and Judy Blame, an exchange between new and old, between high tailoring and do-it-yourself clothes, between haute-couture and punk aesthetics. This dialogue comes and goes, feeds the cultural currents in the real world and in this collection, each current feeds each other to create a beautiful, elegant, and unique concept all of its own.