Born in a small town in Kimberly, South Africa, Thebe Magugug moved to Johannesburg to study fashion design, photography and communication. In 2017 he launched his homonymous brand, which won him a prize during the International Fashion Showcase for emergent designers during the London Fashion Week. In 2019 he became the first African designer to win the LVMH prize for young designers.

Thebe Magugu is a luxury fashion brand for men and women with a deep Southafrican identity. Each collection explores social and political issues through parallel, multidisciplinary concepts. Cultural pride, novelty, and quality are the brand’s staple, marked with timeless-ness and personal identity. Each piece is also highly practical, ideal for a day-to-day use.

The Southafrican designer presents his new Spring-Summer 2021 collection, named Counter Intelligence, heavily inspired by South Africa’s long history of espionage. Inspired by a series of interviews with former female spies who worked for and against the old apartheid regime, the collection is highly political. “The images from popular culture are quite far from reality. Spies are living amongst us; they’re our friends, family, teachers, and even mothers.” Such is his premise, exploring the psychology of a common man who chooses to be a spy through the 14 looks in his collection.

Broadcasted through digital media for the PAris FAshion Week, a narrated tale of spies and confabulation was the cover letter for the collection. Inspired by the narrations documented by Jonathan Ancer in his book Betrayal: The Secret Lives of Apartheid Spies, which was a main source for the conception of the collection, the film was recorded by Kristin-Lee Moolman and designed by Ibrahim Kamara. THe film follows models in compromising situations, typical of the spy narratives.

To evoke the chameleonic qualities of spies, the collection mixes elegance and extravagance. Anne Marie Forsyth, former agent for the Security Branch for the South Africa Police, provided the fingerprints used in the collection, along with her narration. The 3 male styles take the idea of casual mimicry with curious shapes and colors ranging between green, indigo and yellow. Details include the print of a wire microphone running along jackets, sain parkas and hats with hanging ribbons. These are all proposals for both men and women by Magugu.

Inherently authentic, each production and collection by Thebe Magugu is unique. One of South Africa’s most recognized designers, Magugu evolves and destroys predictable stereotypes. The fashion world ought to be on the lookout for his next works, as he climbs up the ladder in the fashion industry and brings new ideas to menswear. 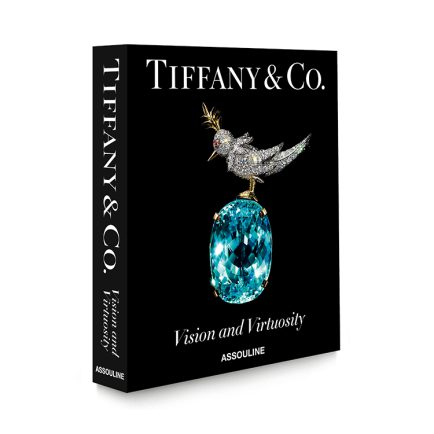 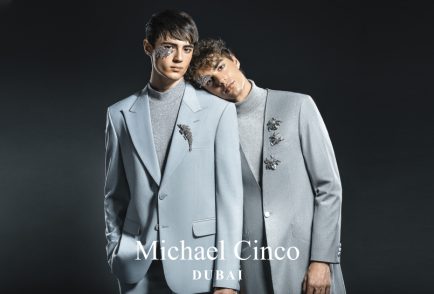 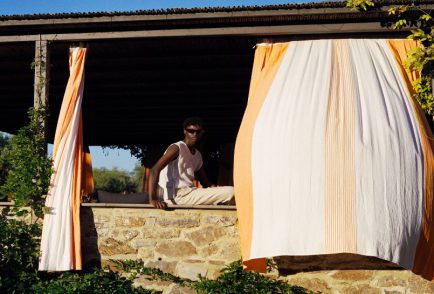 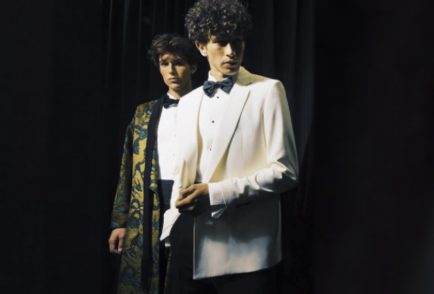 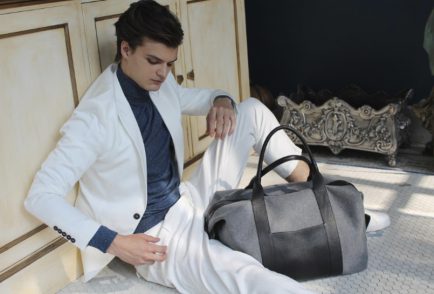 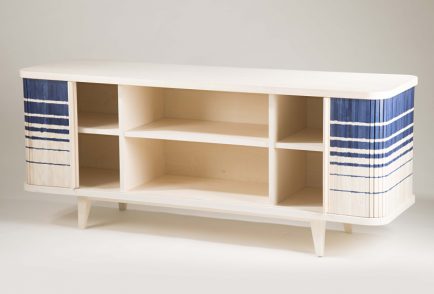