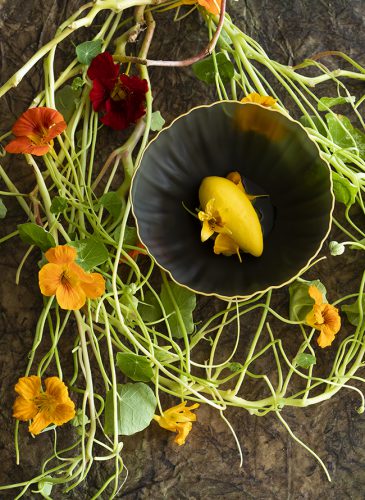 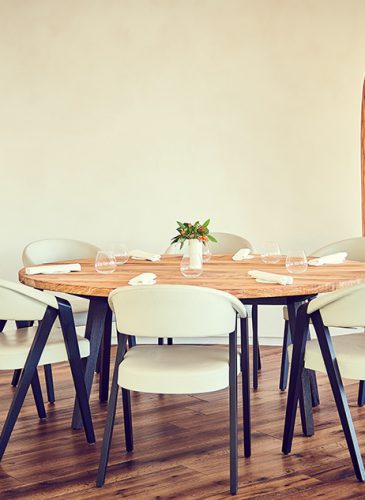 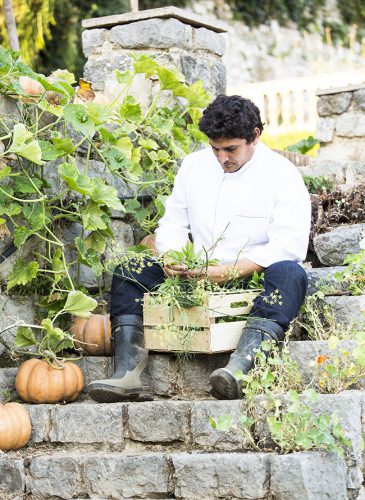 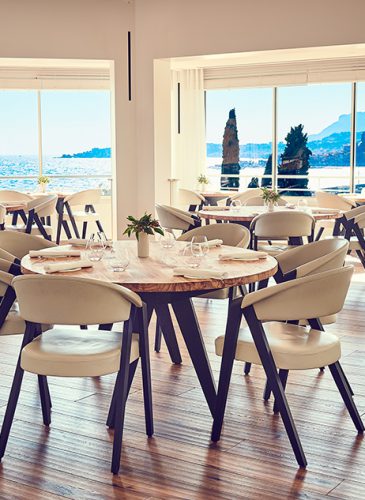 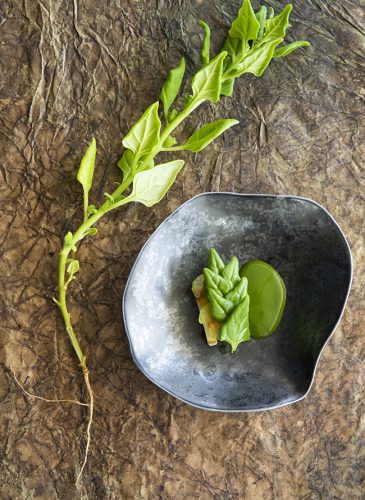 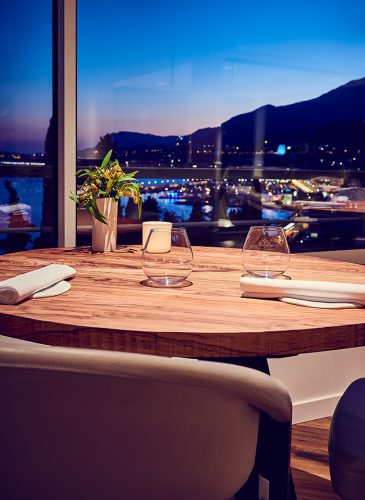 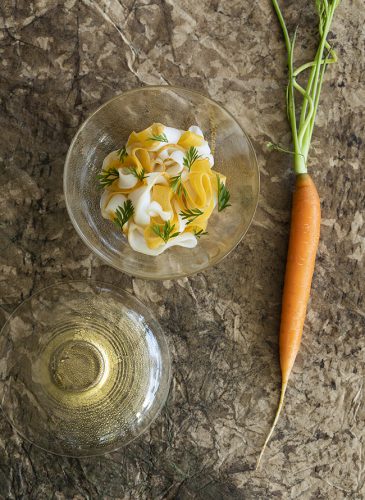 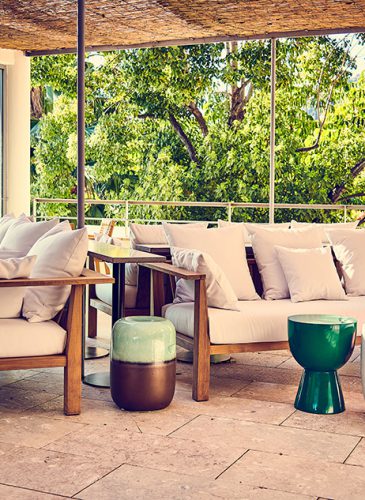 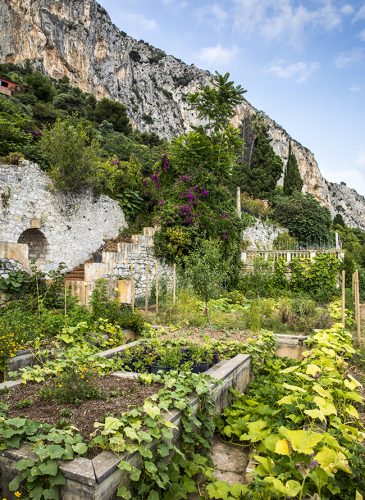 The culinary world is difficult to break into, much more so when speaking of high cuisine and fine dining. Even harder is to obtain a place within the famous San Pellegrino list of the World’s 50 Best Restaurants, or obtaining a single Michelin Star, as both are accomplishments that require thorough discipline, quality and knowledge in cooking techniques. Now, to hold the first place at the top of the list, and maintain three Michelin Stars is a truly outstanding situation, and chef Mauro Colagreco has managed to do both with his flagship restaurant Mirazur.

Located in the town of Menton, the Mirazur is the Côte d’Azur’s most impressive restaurant, housed inside of a 1930’s building with a unique essence. What is more impressive, however, is the head chef’s young age, since he graduated as a professional chef in 2001, beginning his career with Bernard Loiseau and Alain Passard. After acquiring experience in some other French restaurants, he decided to establish Mirazur in 2006, quickly and consistently obtaining accolades such as “Revelation of the Year” by Gault Millau and his first Michelin Star within a year.

In 2009, Mirazur broke into San Pellegrino’s list for the first time, with chef Colagreco being subsequently awarded as Chef of the Year by Gault Millau, becoming the first non-French chef to obtain such a title, as Colagreco is of Argentinean origin and Italian ascent. Finally in 2019, Mirazur was crowned as number one in the World’s 50 Best Restaurants and has kept the utmost quality ever since.

Mirazur is a privileged space, with the unique building located right in the midway point between the mountains and the sea, offering ocean views through its ample windows. Not only does the location offer a privileged observatory point, but it is also close to the Italian border, allowing for international ingredients to be easily incorporated into the recipes, which often take advantage of the land & sea concept.

This is chef Colagreco’s most recognized quality, as he has found a myriad of seamless ways to marry the land and the sea in unique dishes of sumptuous taste. Each ingredient comes from prime local producers, regional locales and the chef’s own private gardens and orchards. It can even be said that chef Mauro Colagreco cooks according to the setting, as his dishes seem to complement the sea breeze and the sunshine that washes on the open-air restaurant.

Each plate redefines warmth and tastes distinctively like the South of France. Mauro strives to keep things simple in order to preserve the purity of flavour, with his signature dishes being the Langoustine in Dashi broth and Gamberoni di San Remo, which take sought-after prawns and masterful techniques to create a full experience. Most dishes also incorporate a dash of his own national pride with Argentinian glimpses here and there.

Set over three levels, the panoramic views of the harbor create a complete dining experience deserving of the world’s most exigent customers. Intimate, romantic and breath-taking, the setting comes together with the food and the international and regional wine selection for the very best dining experience on the planet.

Visit the most exclusive and delicious dining locale available to date and enjoy chef Mauro Colagreco’s master cuisine at the Mirazur, a true jewel in the French crown and a must-visit for the most discerning food critiques, lovers and enthusiasts. 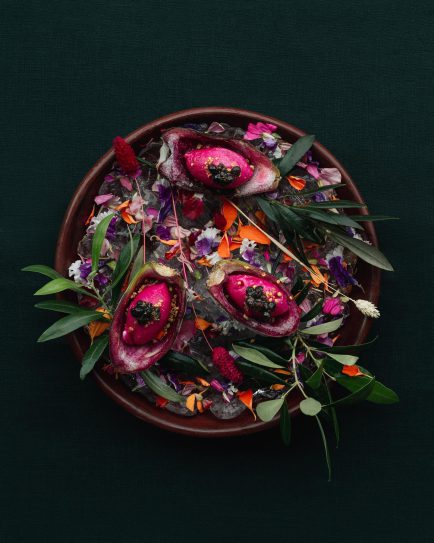 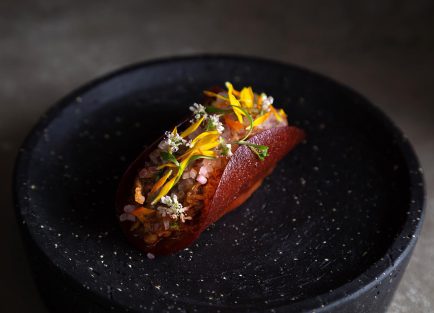 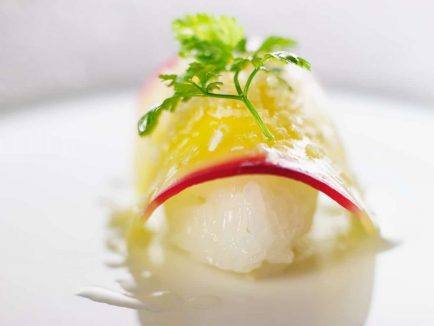 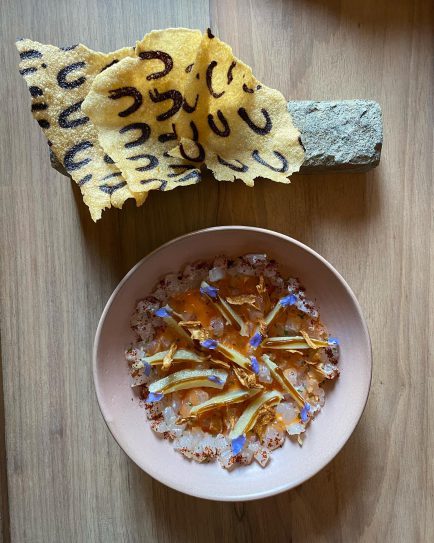 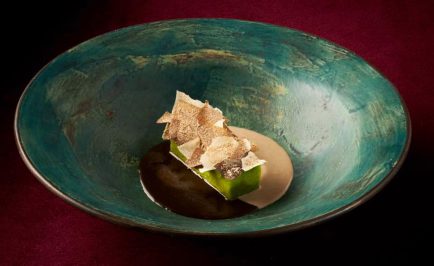 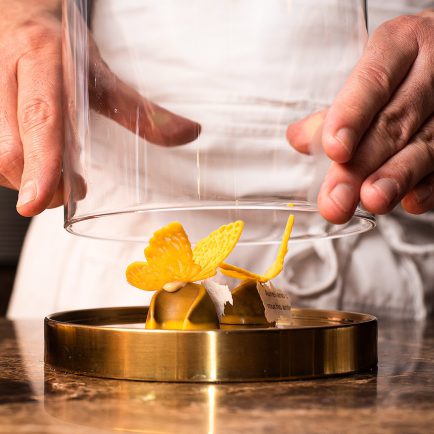