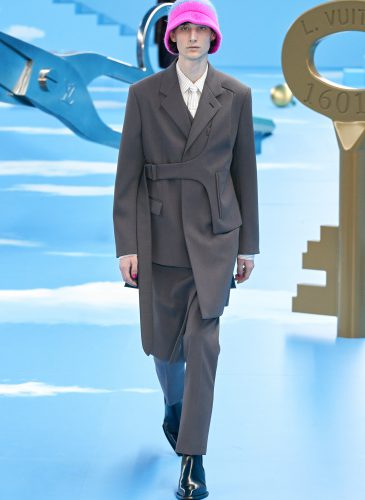 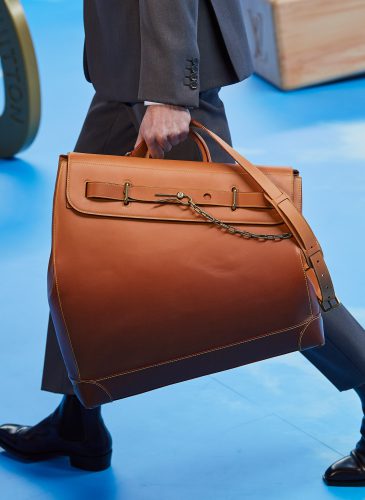 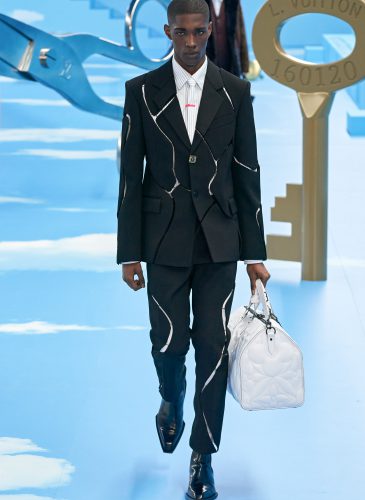 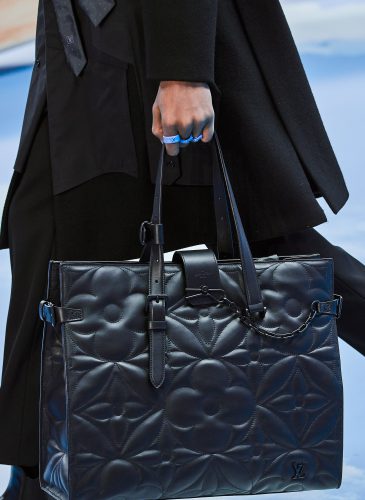 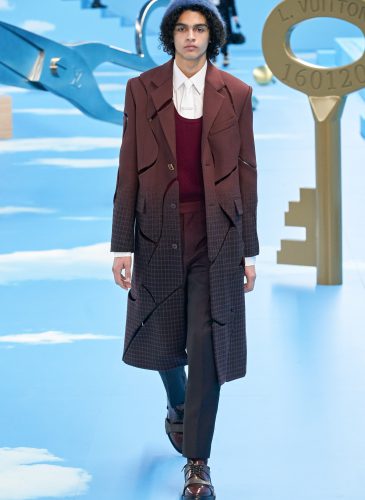 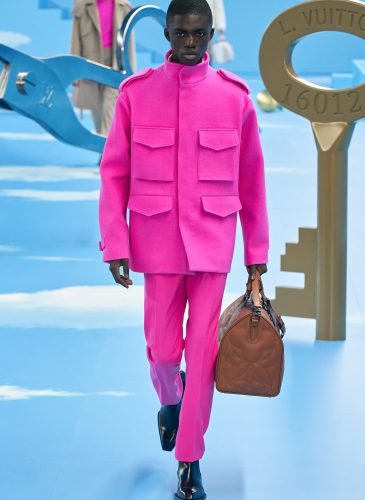 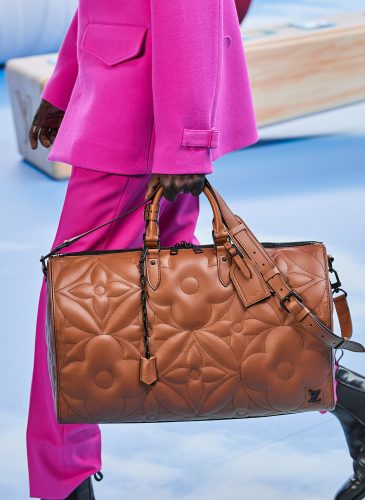 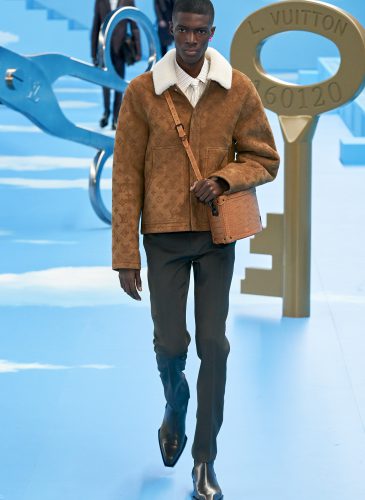 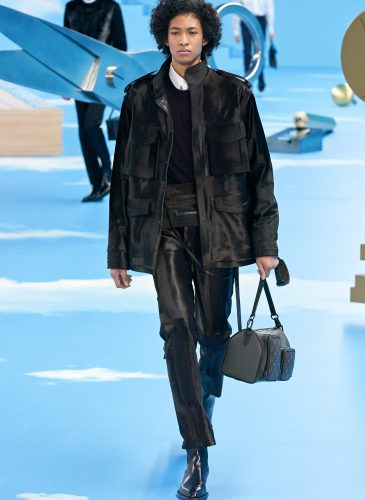 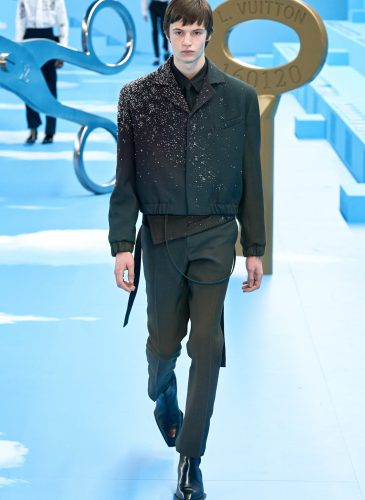 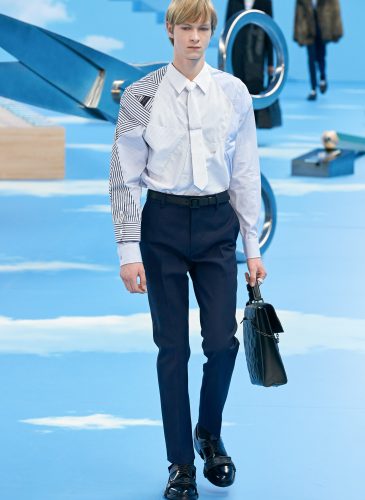 Men’s tailoring is usually comprehended within a standard, square box. Dark suits, burgundy and camel if one is lucky, blazer, trousers, and plain shirts. Pair it all with a colourful necktie if you want to bring some personality forth. What else is there to explore? What else is there to tell through the use of this strict, basic, arid setting? More often than not children, understood as non-adults, find themselves unwilling to dress “like a man”. This is specially notorious for young adults and adolescents, who course through heavy experimentation and the crafting of their own identity, separate from their parents, in an effort to find themselves, only to see their dreams tightly packed inside a black business suit as soon as they get their first job. Empty of personal expression, standard menswear is not particularly attractive to young people. But what if they could take all the codes and ideas conceived around the standard two-piece suit and completely de-engage them from the everyday office work?

Such is the question Virgil Abloh, the golden child and creative director for Louis Vuitton’s Men’s Collections, answers with his Winter-Fall 2020 Menswear Line. He takes a journey through the elements classic to office and formal attires typical for men, and forgoes them, re-owning, decoding and recoding them into a new format. Under the premise “What would a young man, a child, make of a traditional menswear attire?”, Abloh presents a series of deconstructions of what a formal male ensemble would be.

The concept of deconstruction and looking back upon the past and a possible future yet to be written through the eyes of a boy is embodied in the show’s invitation, a clock running backwards, a device apparently devoid of functionality, but regardless of its shortcomings it still marks the correct time twice a day. A symbol signifying the deconstruction and reconstructions of traditional male roles and clothes through youth, and the possible success that lies therein.

Taking place on January 16th, 2020, the show featured models marching across a surreal dreamland, a Heaven on Earth aesthetic represented through deep blues and soaring clouds all around the stage. The runway was further cemented into the oneiric world through gigantic tools typical of a tailor’s worktable: a ruler, a pair of scissors, a hammer, thread and needle, tacks, all increased in size to comprise a surreal atmosphere in which models strode with determined looks. The walls, floor and ceiling of the venue at the Jardin des Tuileries in Paris akin to the iconic final scene of The Truman Show created a completely immersive experience for attendees while helping to focus on the outfits which progressed from the more traditional looks to the most outlandish and playful.

While the first few looks in the collection were rather muted and boring in comparison to some of Abloh’s other works, opting for camel, grey and blue simple suits and overcoats, the stage soon took an unexpected turn with the first deconstructed pieces. An asymmetric cut trench coat in blueish grey complete with a bright pink knitted hat preceded what marked the first set of stellar pieces: a full two-piece suit crackled all through its surface, white lines reminiscent of fractures streaking along the whole ensemble. The same concept is explored in a long overcoat in a maroon to blue degradé and a sky-blue jacket and a marine overcoat. A three-piece suit in complete ombré from indigo blue to white, with a rather noisy and grainy texture came afterwards, offering a very fresh turn on the traditional male outfit. Cotton denim came in strong in trousers and blazers, while many of the looks were literally topped off by a knitted mohair hat.  Abloh then introduces bright pink in accessories like fingerless gloves and shirts to then strike down with a full look in bright pink wool. A piece that perfectly embodies the essence of the collection is a white patchwork shirt in cotton poplin, which represents its origin faithfully, originally crafted from different shirts and ties draped around the body in a spectacular way. Some other notable pieces include a white Egret front-to-back jacket in Calgan shearling, a camel Monogram jacket in nubuck shearling, full leather suits in both black and blue, and a metalized fox fur of iridescent gold. Most looks are also accessorized in the trademark LV Harness derbies in different colours or featuring colourful contrasting harnesses, as well as monogram backpacks, carry bags and handbags, and the monogram belt in different colours and finishes. Tie clips, rings, cufflinks, and earrings in different finishes, including metal ceramic finish, are also heavily featured as accessories for all looks.

The final ensembles in the collection are without a doubt the most striking and outstanding of all. Jackets and shirts of traditional cut come on the stage with a very special twist, ruffled edges and complex applications on the cuffs and collars. A gradient shirt and jacket embroidered with sequin in white appear to be sprinkled in snow and sparkle aptly amidst the looks. An outstanding piece can also be found in a white shirt made from Monogram embroidered poplin, as if Abloh just took a classic LV embroidery anglaise and magnified it to its maximum possible capacity. The final seven looks are, however, the true jewels of the crown, full suits and ensembles printed in blue, reflecting the celestial landscape around them. Two-piece and three-piece suits, shirts, socks, hoodies, raincoats, bomber jackets, trousers and coats all feature light clouds treading across the sky that composes the body. Accessorized with LV clay tie clips in metal ceramic finishes, matching handbags and suitcases, phone cases printed in canvas and shoes in matching colours with crystal applications, these looks are sure to steal every spectator’s breath at a single glance.

Virgil Abloh once again takes the fashion world by storm and creates a new range of possibilities for men to wear. Male fashion is generally type casted as plain and boring, but Abloh just proved, once again, that it is the approach that matters. Taking an unconventional point of view to evaluate and construct new narratives and identities from this fresh beginning point bears the best results. Already knowing what the Spring-Summer 2021 collection looks like, with its more childlike essence, this is an apt stepping stone for Virgil Abloh’s creations and creative development, and it is just exciting to know what is the next stage in Abloh’s exploration of boyhood.